Get fresh music recommendations delivered to your inbox every Friday.

from Saturday The 14th Part 3 by Trade Voorhees 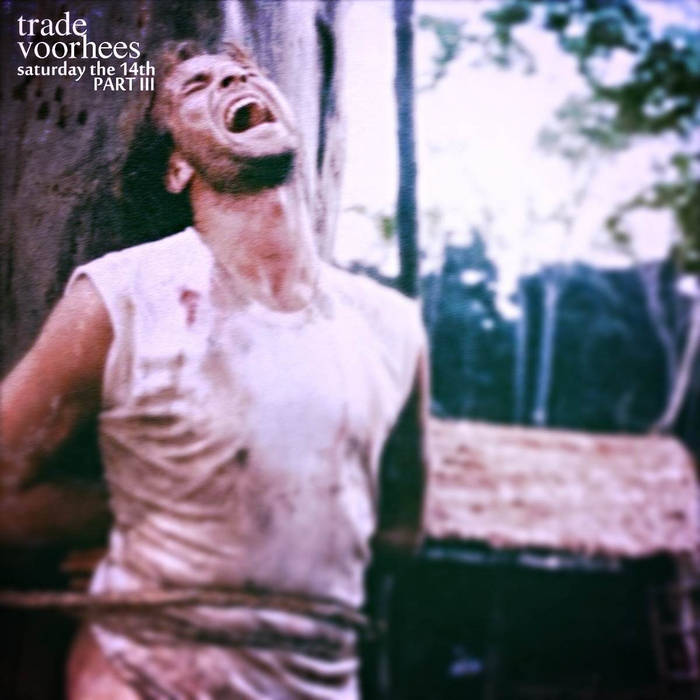 To all the rappers I played this beat for in the studio that was like
"yo I wanna cop this shit"
Sorry, but this beat is way too retarded
and I made this motherfucker so like
"I WANT THIS SHIT!"
rocking the world with my fascination with dumb shit,
and how I write my words and make your favorite rappers dub it like
"Seven Doors Of Death"
ain't saying the shit on time
line after line
and its always someone elses rhymes
its ok you lost your identity
and obviously lost your mind
John F. Kennedy
that was a metaphor
hope Pepsi still love me
"cause all I wanted was a Pepsi, just one Pepsi
and she wouldn't give it to me so I KILLED THAT HOE BRUH!"
and now I'm in the pen' for life over a soda

Suicidal fucking Tendencies
fuck "Six Degrees of Separation"
I need ten degrees
my OCD was created by games of Centipede
and carpel tunnel syndrome is just make believe
when I watch "I Spit on Your Grave"
I skip the raping scenes
but watch them kill the turtle in "Cannibal Holocaust"
like it ain't a thing,
oh shit, this shit's too ill,
I'm a just chill and let this motherfucker build.....
for real.

You could write some rhymes to this shit
still ain't as tight as mine
and I'm a rap all over this bitch
so you can't write none
and even if you email or text me
all of your tightest rhymes
I'm a send a reply back like
"Yeah, cool, aiiight son"

So its cool that you got a flow and all that
but all of your riggidy rhymes is wiggidy wack
and thats a fact jack
like for real, premium gas
AKA put a foot in your ass
see its the same Voorhees from the beginning
listen to Iron Maiden
never wished to be famous
I wished to be the greatest
already am, hope that never changes
bitch it never will
til I'm lying on the pavement
or up inside my grave bitch
you know what the fuck I'm saying so
What am I saying???
motherfucker......Yup!